Once again, I had a country music radio station tuned in and Faith Hill’s song “Free” began to play, just as I was reading an interesting article differentiating between courage and bravery written by Brette Warshaw. This stimulated my thinking. Like Brette, when I was young, there were a group of virtues extolled in books I read, movies I watched, and games I played. The primary characters in “The Wizard of Oz” and the superheroes of my childhood immediately come to mind. Among them were kindness, intelligence, and courage.

These were huge qualities to emulate in our daily lives, and their “bigness” often led to some confusion. I was the only girl in a neighborhood of 13 boys for most of my childhood and was often taunted for being a “fraidy cat,” because I wasn’t brave enough to do some of the foolhardy (in my opinion) things the boys did. It was only after I grew up that I was able to see the delicate distinction between bravery and courage.

Warshaw writes that bravery is the ability to confront something painful, difficult, or dangerous without any fear. It’s a quality, not a state of mind. It doesn’t need a cause to awaken it. To the person who has it, it’s effortless. It’s jumping from the highest diving board without any hesitation. I wasn’t as brave as most of the boys who were my childhood playmates.

Courage, on the other hand, is the ability to confront something painful, difficult, or dangerous despite any fear. It’s not a quality but a choice — a person feels the fear, pain, or danger but chooses to persevere anyway. Unlike bravery, courage is driven by a cause — the courageous person believes that cause is worth standing up and fighting for, despite all the clear reasons not to. It takes a great effort because what’s on the other end merits it.

Listening to the song, I recalled the truth of this delicate distinction. Like you, there have been several times that I was called to act, to take a stand, to reach beyond, and to make a major effort. Often, I was terrified that my effort would not be enough. But I did it anyway because I believed it was the right thing. The result of the effort often far exceeds the initial expectation and is so rewarding.

From time to time, I’ve heard people utter that the reason they don’t do something is because they’re afraid. If you don’t consider yourself brave, don’t despair. When you have something worth fighting for — like your health — this is where courage steps in. Take a deep breath, face the fear and do it anyway. I can hear your lion of courage roaring now!

3 Responses to "Be Courageous" 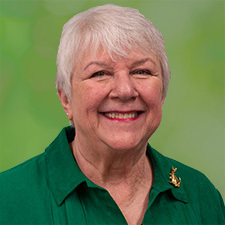